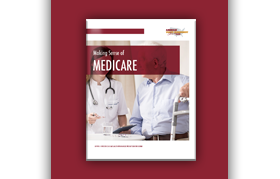 On July 30, 1965, Lyndon Baines Johnson signed H.R. 6675 making Medicare law. President Johnson signed the bill in Independence, Missouri and gave Harry S. Truman his official Medicare card with number 001. The choice of Independence, Missouri for the signing of this bill was attributed to recognizing President Truman’s message to Congress on November 19, 1945, calling for the creation of a national insurance fund that would be open to every American citizen.

Ask Dean and Bud a Question


Do you have questions about your retirement? Ask Dean and Bud!